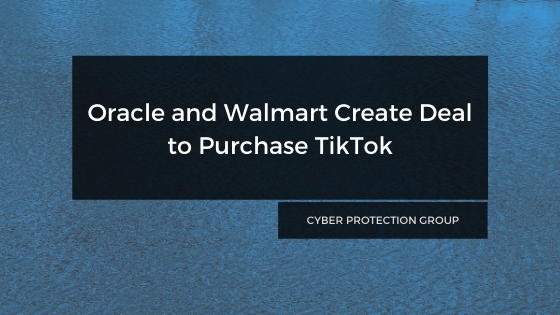 The clock is quite literally ticking on the future of Tik Tok.

Over the weekend, the most popular topic of discussion appears to be the future of TikTok, once again. Tik Tok, a video sharing platform currently owned by Chinese-based company ByteDance, seems to have an impending expiration date that just keeps getting adjusted.

But, as each date of banishment in the US nears, rumors and statements regarding a new buyer appear, and seem to save the day once again.

To explain, if you haven’t been keeping up with the headlines on TikTok, allow me to bring you up to speed. Due to the foregin ownership of the application, President Trump along with much of the US government has expressed concerns regarding national security.

Rumors of banning the application to protect national security circulated for months before President Trump promised to ban the app unless it is taken over by an american-based company.

For even more info from the beginning of the TikTok ban, check out CPG’s article on the topic, here.

Now that we are all up to speed on where things left off, let’s take a look at where they are going now.

To begin, recently several companies including Walmart, Microsoft and Oracle competed in a bid to purchase TikTok and base it here in the US. Due to the original ban date of September 15th, the bidding appeared quick and competitive.

In the end, Microsoft dropped out of the bid and Oracle became the winner. The press took this as an opportunity to release statements claiming that TikTok is here to stay now that Oracle is buying it.

But, as of recent, a new deal between Oracle and Walmart is now in the headlines. Hopefully, this deal will allow the app to remain in use, in the US.

Continuing on, we now can dive into the latest edition in the TikTok saga.

As of Saturday, President Trump reviewed a framework regarding the deal between Oracle and Walmart, to bring TikTok to the US.

Via the LA Times report, it claims that TikTok Global would become US-based, most likely in Texas.

The president sees this as a great opportunity to bring jobs to the state of Texas as well as the US. The acquisition would most likely bring over 25,000 jobs into the country.

Further, this deal would not completely cut out Chinese owners, ByteDance. Both Oracle and Walmart would be majority owners, but, ByteDance would still own a piece of the pie.

But, as the story develops, confirmation of ownership percentages as well as the financial terms are still unclear.

The Future of TikTok

Many Chinese-based apps, not just TikTok are under fire currently by the government. This is due to concerns with the Chinese government spying on US users and stealing information through the application.

Many hope that the deal with Oracle and Walmart will go through allowing the app to stay in use in America. As ByteDance feels the pressure from President Trump to make a decision, the deadline for banishment is fast approaching once again.

All in all, the deal comes down to the decision of the president, and nothing is officially signed yet. So, all we can do now is wait and see what happens. And when there’s an update in the story, you can bet CPG will have the latest for you.