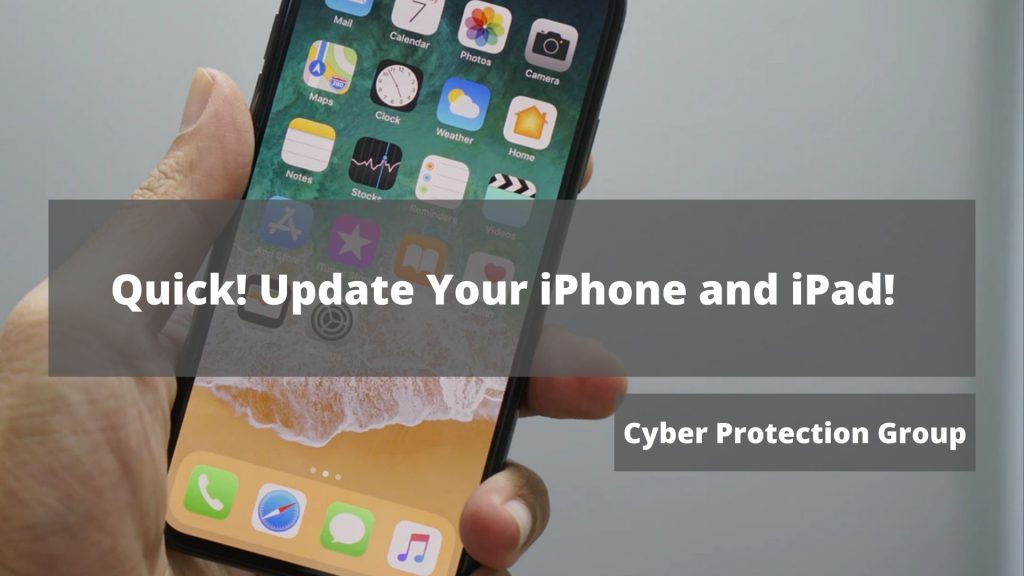 Quick! Update Your iPhone and iPad!

These days, your smartphones and tablets are more of extra ligaments rather than just simply devices. Monday, Apple quickly released a security update for their iPhone and iPad product lines. Furthermore, if you happen to own either an iPhone, iPad, or Apple Watch you should immediately run updates in order to install the latest security patches.  Do you need to update your iPhone, iPad, and Watch?

What Apple devices are affected?

Apple released iOS version 14.5.1,iPadOS 14.5.1, and watchOS 7.4.1 on Monday.  In addition, this update comes just a week after they released versions 14.5.  The purpose of releasing this quick update was to solve two security issues that Apple became aware of and believed was being actively used in the real world.

The devices that are vulnerable to the security vulnerabilities include:

You can see a list of Apple’s security updates across all of their product lines here.

Apple disclosed the two vulnerabilities that were fixed in one of their security posts on their website.  Both of these vulnerabilities affected WebKit.  According to Apple, the vulnerabilities allowed attackers “processing maliciously crafted web content may lead to arbitrary code execution.  However, the first vulnerability, tracked as CVE-2021-30665 dealt with a memory corruption issue in which Apple addressed with improved state management.  On the other hand, the second vulnerability, tracked as CVE-2021-30663, dealt with an integer overflow issue that Apple addressed with improved input validation.

Whether you have the affected Apple products or any other device for that matter, you should always ensure that you are installing the most recent updates.  Furthermore, the product manufacturer releases these updates to add features, fix bugs, and solve possible vulnerabilities within their product lines.  If you do not have the most up-to-date software, you remain vulnerable to attackers who can exploit the vulnerabilities in your out-dated systems.