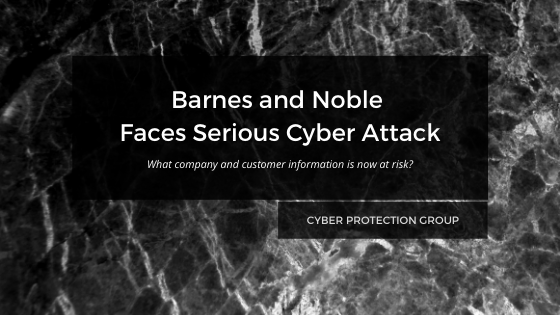 A major data breach, exposed customer information and compromised servers. In this article, CPG will be reviewing the recent cyber attack on Barnes and Noble, and the details featured above.

To begin, Barnes and Noble is one of the largest book retailers in the US. With almost 700 store fronts across the United States, it is safe to say that this company has many customers.

But, with a large consumer base, companies must consider the amount of private and payment information that it stores and handles on a daily basis.

Overall, this type of situation brings up the issue of cyber security practices, and the concern over a recent data breach.

Last week on the 10th of October, customers noticed outages on their Nook devices. Nook is the ereader platform by Barnes and Noble. Continuing, this outage became the first sign of the attack.

After many users took to social media to publicize the issue, B&N responded by saying that the issue is currently under investigation.

But, after the initial response to the issue with Nook, the depth of the cyber attack became more noticeable.

To explain, the attack did not only affect networks and servers, but also customer data. This includes things like email addresses, billing information and phone numbers. All of which is the targeted information of a cyber criminal.

In the notification email to their customers, B&N did confirm that payment card or financial data did not fall victim to the attack.

After the dust settled around the initial attack, Barnes and Noble continued the investigation into the breach. Customers of Nook are still unable to access the service, and the root of the attack is still unknown.

Further, an attack on a major corporation like this one is always concerning. As we state in many of our articles, it is so important to stress the value of cyber security.

Regular security auditing and penetration testing is what would prevent a scenario like this. Hopefully, this costly lesson will help to improve the cyber security policies and procedures at Barnes and Noble.