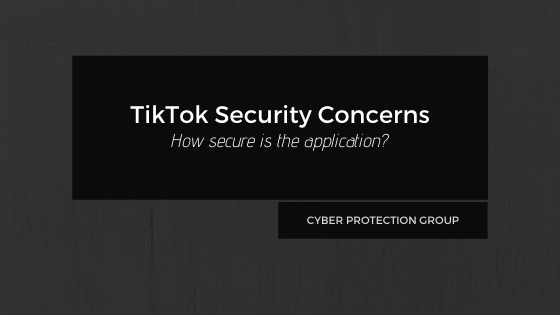 TikTok is one of the most popular social media platforms in the world right now. But with the ever present popularity of the video-sharing app, the public is beginning to ask questions about the security and safety of the application.

TikTok? … Do you mean Tick Tock?

Across the world, especially the US, many people are bringing attention to the security aspect of TikTok. Now, before we dive into the security side of things, let’s take a look at TikTok as a social media platform.

To begin, TikTok is “a video-sharing social networking service owned by ByteDance”. Over 50% of the users on the app are between the ages of 16-24. Users and viewers alike share, post and like a variety of short video clips.

Many of the videos include lip syncing, dancing and many more categories.

In a way, the platform is similar to apps like Instagram and Facebook. But, the only way of posting is through a video ranging in 15 to 60 seconds long.

Now, the popularity of this application is unrivaled. “TikTok ranked as the top most downloaded app in Apple’s iOS App Store for Q1 2019, with more than 33 million downloads”. Even more so, TikTok has over 500 million active users everyday.

So, only naturally, many are starting to question the application’s security protocol and procedure.

Over the past few months, the headlines regarding TikTok’s security include the following:

The list of headlines goes on and on. But the main takeaway and general consensus of the articles is that TikTok poses some kind of security threat. Is it to users? The US? Who knows?

I decided to take a look into things. This is how my research breaks down. One of the main reasons that such security threats is the fact that the application is owned by a Chinese based company.

China in general is not on great terms with the US, let alone their own citizens, on cyber security. So it only suits that the acquisition of TikTok (Formerly Musically at the time of acquisition) is under the investigation of the Committee on Foreign Investment in the United States.

Overall, the acquisition and investigation is what has really stirred up security concerns regarding the application.

While the application is under investigation, the CFIUS cannot directly comment on the proceedings. So many people, including myself, are still waiting for answers.

As far as the other concerns go, they are real and credible.

For example, the US Army created a policy banning the use of the app on government phones due to the Chinese owned app being a national security threat.

The list of events and threats goes on and on.

All in all, anytime a user chooses to use on a social media platform, a risk exists. That rick could be that their data is compromised, stolen or mined. So, where does that leave us with TikTok?

Users – be cautious of the information you link and enter into the app. The more access you give the app, the greater chance of it being used maliciously.

Parents – monitor your child’s account. Check in every now and then to make sure everything is running alright.

For the rest of us, exercising caution on the platforms and the internet in general is something we all must do if we want to protect our identity and information. Whether it is from tikTok, or another entity on the world wide web.