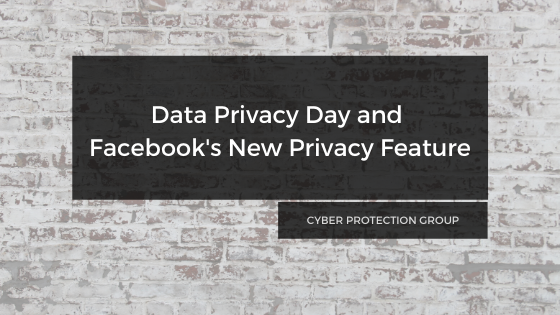 Would you have ever thought that “Facebook” and “privacy” would ever be spoken together in a somewhat positive respect? Me either. After Facebook’s many scandals regarding privacy, the only place to go for the company is up … or is it?

Thank you for your data!

Have you ever heard the phrase that sometimes things get worse before they get better? Well, that may be the case for social media giant, Facebook.

In 2019, Facebook was the culprit in one of the biggest privacy scandals of all time. The personally identifiable information of over 87 million people and Facebook users became accessible through Cambridge Analytica.

So it only fits that Facebook is still trying to pick up the pieces of their astronomically detrimental choice.

So, to honor Data Privacy Day (January 28th), Facebook is rolling out a new privacy feature. This is one of the measures the company is taking in order to “right the wrong”.

To begin, the off-Facebook Activity feature allows users to view the information and data that Facebook collects in regard to their interest and app usage. Going even further, users can now delete the stored information if they choose to do so.

Continuing, this information is a major game changer for advertising. After all, Facebook is the largest advertising platform on the internet. Other companies who may have taken advantage of the data mining are coming to light as well.

So in short, that is why Facebook data mining has been so hush hush all this time. They figured, what the user didn’t know wouldn’t hurt them. But in the end, it did hurt the user, but even more so, Facebook’s relationship with the public.

The thought of Facebook and other applications accessing your activity online can be overwhelming. So what are we supposed to do now?

As previously stated above, users now have the ability to remove the tracked activity from their accounts, and edit their privacy settings. But, the risk with using social media is always going to be around.

Choosing to put your information on the internet and sharing it is always going to be a risk. But, with the new privacy controls that many applications are implementing, it’s a step in the direction of taking back what is truly the user’s information.

Or, the other option would be to live off the grid in the Alaskan wilderness! It’s your choice!