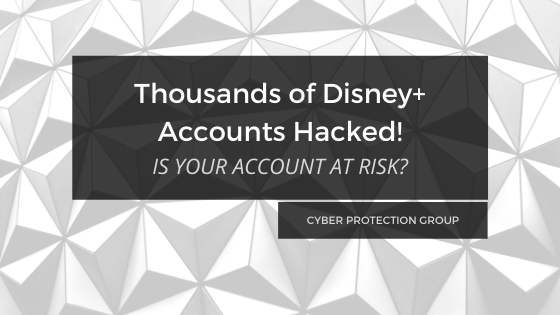 A platform now exists where any and every Disney movie ever created resides. From Cinderella to Lady and the Tramp. Now, how can something this wonderful, cause so many problems for customers?

On November 12th, 2019, Disney launched their new streaming service titled Disney+. This platform has all of the original Disney movie and tv show. Not only does it have all things Disney – but also Marvel, Pixar, National Geographic and Star Wars.

Millions of people anxiously awaited the arrival of this service. The excitement surrounding this launch was astronomical. Disney+ is $6.99 a month and comes with a seven day free trial. Further, many companies are also trying to capitalize on the Disney craze.

Verizon Wireless is offering a free year of Disney Plus to any of their customers with an unlimited plan. Luckily for myself, I fell under this category. Signing up for the free year was quite simple. All I had to do was log into my Verizon account and link it. Easy.

Streaming platforms like Hulu and ESPN also offer a bundle rate. For $12.99 per month, users can stream Hulu, ESPN+ and Disney+.

To begin, like previously mentioned, this demand and amount of traffic the platform received was overwhelming. So overwhelming,  the service was not properly prepared for the amount of users to be streaming at the same time.

But with any new launch of a product, glitches and issues arise. But in this case, something even worse happened to Disney+ customers – their accounts were hacked.

In the first 24 hours of the service launching, over 10 million people signed up. In that 24 hour period, attackers didn’t hesitate to go after new users.

Thousands of new accounts were hacked and now the credentials are being sold online. The attackers gained access to the accounts through leaked emails and password combos on other sites. From there, the previously breached information was used to login to the Disney+ accounts.

Many disgruntled users took to Twitter to voice their complaints:

Be careful @disneyplus users. Our account was hacked. Email and password changed. No notification from Disney+ at all. Awesome. Thanks. Now we’re waiting to talk to them and hold time is over an hour.

whoever hacked my Disney+ pic.twitter.com/5M9FkoL8D6

i can’t get into my disney+ does that mean i was hacked pic.twitter.com/Nz4BnpKaT3

Continuing, some users prepaid for the next few years to stream the platform And now, they lost access to their account. Many reached out to Disney+ customer service, but have not received any help in resolving the issue.

How do I make sure my account won’t be hacked?

This is the question that many Disney+ users are currently asking. In order to protect your account, I cannot stress the importance of a strong password. This will help to keep out attackers and prevent them from cracking or guessing your password.

If two-factor authentication is available, use it! Incorporating 2FA adds another layer of defense against attackers.

We also feature an article about the importance of building strong passwords and how to make one. Check out our password tips article here.

What’s next for the Platform?

At this point in time, Disney is working to resolve the account issues. Other than that, they are recommending using strong passwords (like we mentioned above). Does this mean that the company will put a stronger emphasis on account security.

All in all, the big question is, why do large companies, like this one, always have to go through an issue like this, before taking security seriously?