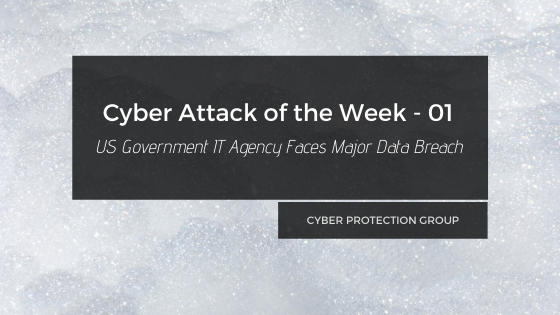 It’s Friday, so you know what that means, it’s data breach of the week time!

To begin our first article in the series, this week we are looking at a massive data breach within the US government. The Defense Information Systems Agency (DISA) recently announced a data breach that possibly affected 200,000 people between May and July 2019.

Further, possible victims of the breach began to receive notification from the agency in February.

For example, in the tweet featured below, this is the letter victims began receiving from the DISA.

Awesome. Got another #PII #breach letter from DoD. Is this like pokemon where I want to catch them all? pic.twitter.com/TNOvEQwkO4

Alright, let’s get to the point. Written below are the main details of the breach, all in one quick bite. That is the goal of this article series after all isn’t it?

All in all, in the wake of the attack, those affected are not left with many options. Sources and information surrounding the breach is quite limited. Further, as consolation, the DISA is offering victims free credit monitoring.  Ironically, one of the recommendations for the credit monitoring is Equifax. They are a credit reporting service who also faced a massive data breach in 2017.

Victims are left to pretty much their own devices to figure out how to secure their information and hope they weren’t one of the 200,000 affected. The DISA also claims to believe that the breached PII information was not compromised or accessed.