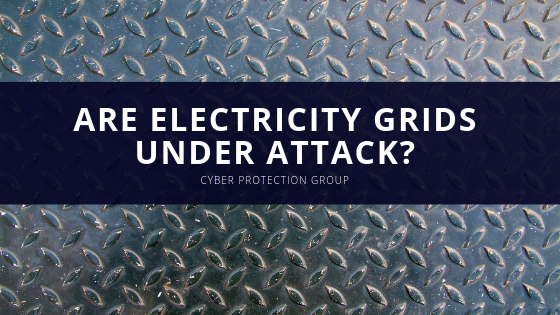 Recently in the news, the city of Johannesburg in South Africa has been making headlines after a major cyber attack.

Johannesburg is the financial capital of South Africa. So, when their main electricity provider, City Power, fell victim to a ransomware attack, headlines couldn’t help but be made.

Continuing, when the company became infected with ransomware, the city completely lost power.

The ransomware didn’t stop at just cutting off the power. It also prevented the company from performing several of its main network functions. This includes but is not limited to accessing databases, their website, customer information and much more.

City Power is still trying to recover from the attack. Luckily, the attackers were not able to make it all the way into their main network.

If the attackers had the ability to cause this much damage and not even have access to everything, one can only imagine what could have happened if the did.

Other Attacks on Cities

After reading about the attack in South Africa, it made me start thinking about how electrical grids and infrastructures could become the next big target for cyber criminals.

As per the news once again, cities across the world (including the US) have been facing many ransomware attacks. Cities like Baltimore and Lake City, Florida have paid hundreds of thousands of dollars to hackers to regain access to their systems after attacks.

The possibility to take the attacks even further is a major concern, and one that government and companies should begin to take seriously and consider.

To begin understanding where the security of electrical grids and the infrastructure of the US stood currently, I found a report titled, Cyber Threat and Vulnerability Analysis of the U.S. Electric Sector.

This report presented a detailed analysis of what threats and vulnerabilities the US will or currently faces in regard to attacks on electricity infrastructure.

The main takeaways are as follows: (directly quoted)

(To read the full paper and for a more in-depth look at the analysis of the US Electrical / Electricity infrastructure, click here)

After reviewing the assessment, I can take away that security measures are put in place. If not, the US would be completely vulnerable. But, the procedure and protocols in place need to constantly be improved upon in order to keep up with outsider threats.

All in all, there will always be evolving threats on various fronts in the US and around the world. What many need to realize is that, what we have in place (regarding cyber security measures) is just “getting us by” currently.

In this paper, I hoped to shed some light on the issue. Governments must seek protection and prepare for attacks like the one in South Africa.

Moreover, it goes without saying to mention how important electricity and infrastructure safety is. As a population, we depend on being connected. Above all, our means of communication, livelihood and careers depend heavily on the ability to connect.

If a cyber criminal continue to make strides and execute more intricate attacks on such systems, while we stand still, it will be lights out for all of us. (literally)

Meanwhile, during, subsequently, after that

Likewise, similarly, in the same vein

In conclusion, to sum up, in short

Therefore, as a result, so, consequently

That is to say, in other words, to clarify