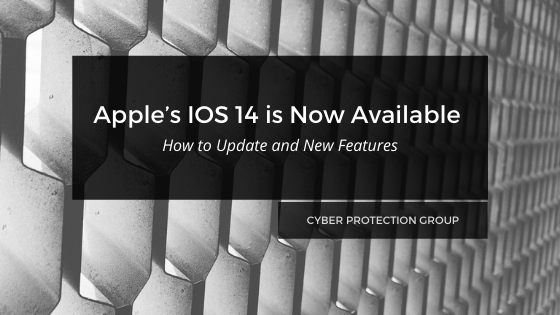 Many new features in the IOS are gaining tremendous popularity on social platforms. The most popular feature currently is the redesigned home screen and widgets, but we will dive into that in a moment.

First, let’s take a look at how to download the update, and some of the most popular features IOS 14 has to offer.

Updating your Software to IOS 14

To begin, before we are able to enjoy the new update, we first have to download and install it. Apple device users are able to find the update in Settings.

The update takes almost 3 GB of space on the device, and anywhere from a few minutes to an hour to download depending on your internet connection.

Once the download is finished, the device will restart and the new IOS will be available for use.

Continuing on, once the new update is installed, a plethora of new features awaits the user. Some of the most sought after so far are the new home screen layout, compacts calls and other efficiency features.

First up, we have the new home screen. After updating and restarting your device, your home screen will appear pretty much the same. A few apps show a cleaner design, and the new translate app appears, but other than that, nothing else appears different.

To elaborate, the reason it does not appear different is because it is up to you to edit it. Widgets are now able to be placed among apps on your device.

Users are able to incorporate different design elements on the home screen by adding widgets like the calendar, reminders, the news and more.

By far, this is the most used and popular update in IOS 14. Many users took to Pinterest for inspiration on how to create the perfect home screen aesthetic.

Actually, so many people did this that Pinterest reported some of it’s highest activity to date due to the update.

Moving forward, another great feature in the update is compact calls. Now, when you see a call coming in via facetime, phone or other, the call will display at the top of the screen like a notification.

Previously, many users complained about how a call takes up the whole screen and stops everything they are doing on their phone to answer the call. Now, with the call appearing like a notification rather than full screen, users are able to avoid said issue.

Further, not only can messages be pinned, but group tests are now even more efficient. Users now have the ability to directly address someone within a group chat. Also, when the user is mentioned within the text, their name is highlighted and also sends a notification.

When will you update?

Overall, the new IOS 14 update contains many more features than what is mentioned above. But, the ones previously mentioned are what most users are talking about and actually utilizing.

While the update contains certain issues like bugs and other kinks that come along with new software, Apple is working to mitigate the issues.

New patches and updates to IOS 14 are sure to come for those who have already updated. Some other users though, may be waiting for the kinks to be worked out before they update.

Which one are you? Join the conversation over on our Twitter @cyberprotectgrp and let us know your thoughts!