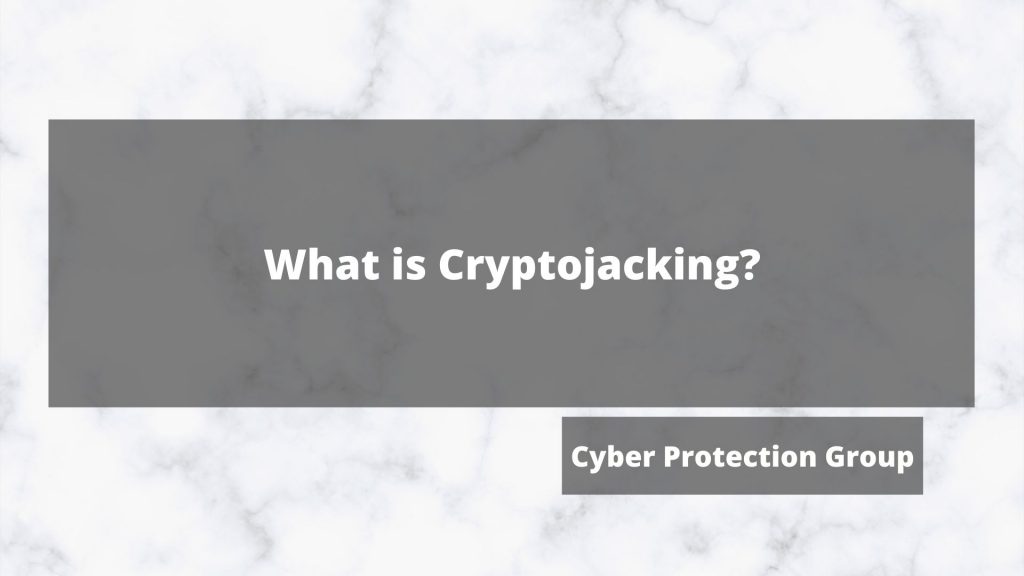 With any opportunity to make a monetary gain, criminals will always commit malicious activities to get an advantage, cheat, or even steal for their own benefit.  Cryptocurrency and mining is no different.  Mining crypto presents an opportunity to make money, profit, and invest.  However, like any other financial opportunities, attackers exploit others to acquire crypto mining resources to mine, or cryptojacking.  What is cryptojacking?

Attackers must gain access to a system in order to install their malicious code that performs the mining operations in the background.  They use tactics like social engineering, phishing, fake links, or exploiting vulnerabilities to gain system access.  Once breached, the attacker can inject scripts that execute cryptocurrency mining and possibly additional malware.

There are multiple forms of cryptojacking:

As cryptojacking attacks rise in numbers, attackers also evolve their attacks.  Recently there has been a form of malware called Monero, that has been using both ransomware and cryptojacking tactics, or also called “Ransomining.”  Ransomining disables systems and exfiltrates data just as ransomware does; however, while the disabled, the malware initiates cryptojacking scripts to mine cryptocurrency on the system.  Not only does the attacker demand ransom payment, they now use your system resources to make themselves money.

The Monero attack in particular disguised itself as an antivirus installer.  When a user mistakenly executed the installer, the system would locks down and used for mining.  In February, this attack infected approximately 2,500 users a day.  Now, it has evolved and disguises itself as ad blockers and OpenDNS services and successfully infected over 20,000 systems.

Cryptocurrency mining requires an immense amount of computational power.  Therefore, the most common symptom of cryptojacking is extreme decreased system performance.  Your systems will slow down, battery life will not last nearly as long, systems can over heat, and your CPU usage can max out for extended amounts of time.  Additionally, if you own a website, regularly check for malicious scripts.

To prevent cryptojacking you should regularly scan for malware.  By using adblockers you prevent loading infected advertisements on websites.  Furthermore, by disabling java scripts you can prevent other malicious scripts embedded in websites.  Finally, stay aware of any malware trends and educate your team and yourself to stay proactive in security incident prevention.