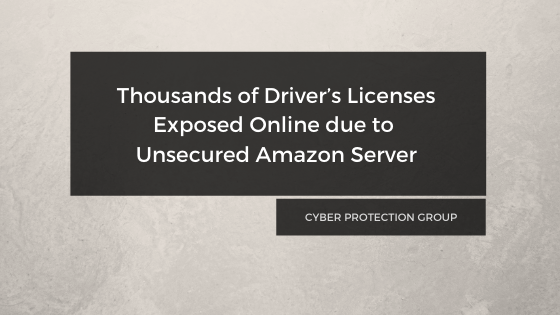 Welcome back all for another article in CPG’s cyber attack of the week series! Today, we are diving into a recent attack somewhere across the world.

To begin, this particular attack is so recent, that coverage and available information on the attack is scarce. But, that is what we are here for at CPG; ready to uncover and review any and all details surrounding the attack.

According to another source, “The leak contained 108,535 scanned images of the front and back of NSW driver’s licenses, exposing birth dates, home addresses and driver’s license numbers. Completed tolling notice statutory declarations were also found in a separate folder.”

Now secure, the security issue at hand appears to be mitigated. But, for those 50,000 people who may now be at risk, the guessing game now begins.

There is opportunity for those caught in the attack to be at risk of identity theft or other means of cyber attacks. Those put at risk may take precautionary steps such as requesting a new license to protect themselves.

All in all, as quickly as this issue came about it was resolved. Little to no coverage of this attack is currently circulating. Also, as of now, none of the victims of the attack have come forth on social media.

Further, this may be due to the fact that those in charge of the server may still be in the process of notifying those at risk.