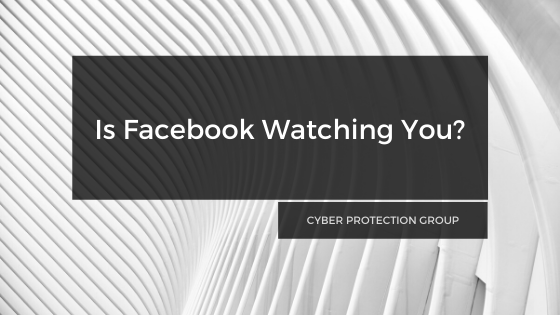 Have you ever felt like you were being watched by someone? Well, as it turns out, your hunch may be correct. Who would that someone be you may ask? That would only be one of the largest social media platforms in the world, good ‘ol Facebook.

This week, Facebook headlines news stories across the world yet again. What is it for this time? Selling data? Losing even more momentum with Libra, their cryptocurrency? Not quite, this week, Facebook is spying on their users.

Further, Facebook is pointing the finger at a bug in the IOS application for such an issue. Let’s find out if Facebook is spying on their users.

Smile for the Camera?!

To begin, a bug in Facebook’s IOS application was recently discovered by Joshua Maddux, owner of web design firm 95Visual. The bug enables application to launch the user’s camera behind their Facebook feed.

The tweet and video below demonstrates how this bug works in real time.

Found a @facebook #security & #privacy issue. When the app is open it actively uses the camera. I found a bug in the app that lets you see the camera open behind your feed. Note that I had the camera pointed at the carpet. pic.twitter.com/B8b9oE1nbl

To explain the bug, this means that while in the app, Facebook glitches and “accidentally” launches the camera app in the background. The user does not activate the camera themselves whatsoever.

Other users discovered the bug when switching from a landscape view on a video back to an upright portrait view. While in transition, the can see that their iPhone camera is on and in use.

After such a discovery, many iPhone users specifically are worried about their privacy on the app. One should always have concern for their privacy in any engagement online. But, this particular instance is quite startling.

With Facebook’s not so perfect history with privacy and data, this bug immediately causes a panic among users. This is rightfully so. But this time, is it actually just a bug?

Also, does this mean that with the camera accidentally turning on, Facebook is receiving the data from your device? The company says no, but one can never be too sure.

In the wake of the bug in the IOS Facebook app, the concern with privacy is evident. To protect yourself and data from being transmitted indirectly back to Facebook, follow these next few tips.

All in all, the important takeaway from this article is always to be aware of what is happening on your device. More importantly, understand what your apps are doing or even capable of.

Facebook reports that there is no transmission of data from your camera back to the company or spying. But, taking the precautionary measure mentioned above wouldn’t hurt.

Making sure access settings are correctly confirmed or denied and that software is up to date is important in this type of situation. Not only the Facebook bug but with all the technology and applications in general.

Since the creation of the article, an update has been released to resolve the issue. Facebook released a statement to Naked Security by Sophos regarding the fix:

We recently discovered that version 244 of the Facebook iOS app would incorrectly launch in landscape mode. In fixing that issue last week in v246 (launched on November 8th) we inadvertently introduced a bug that caused the app to partially navigate to the camera screen adjacent to News Feed when users tapped on photos.

We have seen no evidence of photos or videos being uploaded due to this bug. We’re submitting the fix for this to Apple today.

To read their full article on the patch, click here.

iPhone users can now update their Facebook applications to patch the bug.