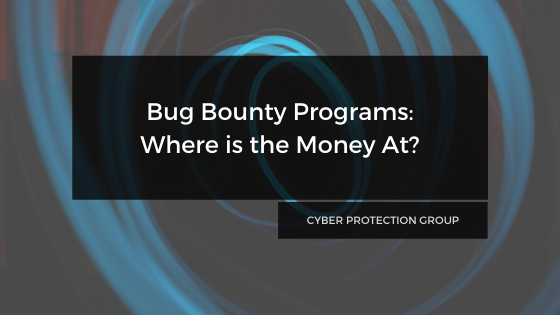 Due to COVID-19, many in the tech and cyber world are looking for their next project. Looks like it is time to start hunting some hacks…

Bug bounty hunting is a term that is thrown around a lot in the tech world. Many are familiar with the practice, but others may just be getting started.

Bug bounty hunting is the practice of finding critical flaws in software for a company, and being rewarded monetarily for such efforts. Basically, find the issues that could potentially bring a company down and get paid for it.

So today, CPG is taking a look at a few of the top bug bounty programs out now.

Playstation is partnering with HackerOne, and invites anyone interested to test the security of the PS4 and the Playstation network. The program rewards start at $50,000(USD) for critical bugs in the systems as well as other vulnerabilities.

Continuing on to other programs, Microsoft also launched a bug bounty for the Xbox. This program is also open to anyone who is willing to do the work to identify a bug in their system.

Rewards for this program range from low vulnerability identification, $500, to critical vulnerabilities at $20,000.

This type of work is what some people rely on for a living. Many ethical hackers or bug bounty hunters search for programs like this to make their living. So, when large companies like Microsoft or Sony offer a high bounty, many take an interest.

Where to find Bug Bounty Programs

Now that we reviewed a few of the top programs at the moment, you might be wondering where to find them.

Diving in, HackerOne (previously mentioned above) provides a great starting place for program listings. Overall, it is probably the best place to find them.

On their site, they show the listings for the various programs. Users are able to browse the plethora of programs and choose the path. From there, the bug hunting may ensue. Other ways of finding such programs exist as well. Many companies launch their own programs and simply share the program on social media for hunters to find themselves. This would include the PS4 and Xbox programs mentioned above.

Sometimes, you may just happen to stumble upon a program on social media or other platforms. Overall, the possibilities are endless for finding the program for you.